Sixteen young chefs entered Gordon Ramsay’s MasterChef Junior competition, but only one left with the title of champion and a check for $100,000.

The show, a spinoff of Ramsay’s popular MasterChef, pits 8- to 13-year-olds against one another in a series of increasingly difficult cooking challenges.

Those race-the-clock challenges — including filleting Alaskan salmon, flipping pancakes and cooking the perfect sunny-side-up eggs — were no match for Logan Guleff, a 12-year-old Boy Scout from Troop 34 of the Chickasaw Council, headquartered in Memphis, Tenn.

Logan, who first made headlines in Boys’ Life magazine, won the finale and title of MasterChef Junior champion in Tuesday night’s show. 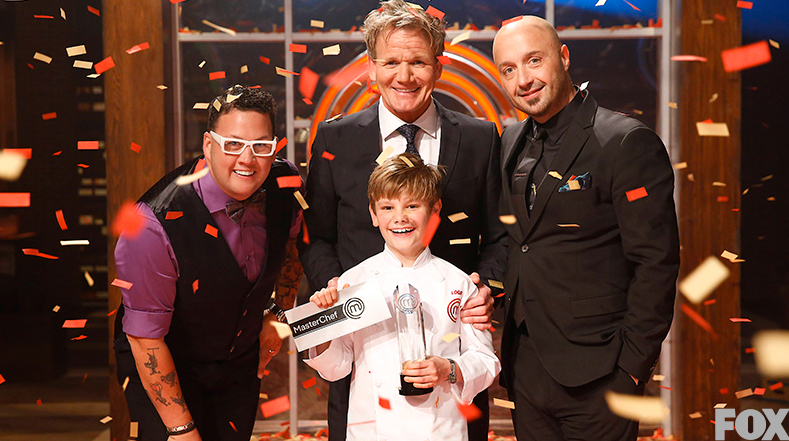 His winning dishes: a mouthwatering appetizer of grilled shrimp prawns with smoked saffron aioli and olive tapenade and a delicious-looking entree of salt-crusted branzino with chimichurri sauce.

Something tells me there’s a good chance the Scouts and leaders of Troop 34 will ask Logan to make the menu for their next campout.

While watching MasterChef Junior, it was inspiring to see how well Logan handled the pressure of cooking with cameras and professional chefs watching his every move. When he made a mistake, he owned up to it. When a competitor made a better dish than his, he was gracious and humble.

But in the end, it was Logan who outlasted all others, and he did so while being a great example for Boy Scouts everywhere. Congratulations, Logan!