The Dutch family was tired and hungry after a long day of traveling when they pulled into Sequoia National Park in California.

After they tried and failed to get a fire started to cook dinner, their night could have been ruined.

Good thing their neighbors happened to be Scouts.

The Cub Scouts and leaders of Pack 329 from the San Gabriel Valley Council noticed the family’s struggles and offered to help them start the fire. This polite gesture eventually turned into an evening of fellowship with complete strangers as the Cub Scouts and Cub Scouters served the family dinner and performed skits for them.

Overwhelming kindness toward strangers happens all the time in Scouting, but I can’t seem to get enough of stories like these.

So I thought I’d share this excellent example of Scouting kindness, as told by Pack 329 Cubmaster Paul Wong. Here goes …

By Paul Wong, Pack 329
We were winding down our five-day Sequoia National Park camping trip at Dorst Creek Campground around 8:30 p.m. We had just finished our evening meal of beef stew and were preparing for the evening skits and songs. Before our Cubbies had settled around our fire, we noticed an RV pulled up at the next campsite.

A family of five (mom, dad, two teenage boys, one teenage girl and a 9-year-old girl) had set up a fire pit but were having difficulty starting it. Wolf Den Leader David Wu went over to help. I followed shortly afterward. They only had one flashlight, and Dom (the father) was struggling in the dim light. We offered to start a campfire for them using our extra bundle of wood. At first they politely refused (probably thinking that a crazy guy in ranger-looking uniform spelled trouble). We prevailed, and with the help of the two boys, we brought the extra wood over.

As I prepped the campfire, Dave learned that they were visiting from Holland and had just come over from San Francisco and Yosemite on a four-week vacation. I got the fire going, and by then, our 13 Cubbies (and siblings), along with parents, had settled around our own fire and were starting their skits. David and I said goodbye and invited them over for s’mores and roasted hot dogs. They politely declined again.

As our boys were performing their skits and singing our perennially favorite “Bear Song” to bring out a bear, I looked over at the Dutch family and realized that their salmon meal had not even begun cooking.

I slipped over to their campsite and asked them to join us. I told them we had plenty of beef stew and other goodies. I had this funny feeling that the Dutch family seemed out of sorts. I chalked it up to hunger (it was nearly 9 p.m.), so I insisted they join us. They came over, and I announced to our families that our neighbors just drove in from Yosemite and were hungry. We dug up extra chairs and seated everyone. Beef stew was quickly scooped into bowls and delivered. We learned the little girl was vegetarian, so one of our moms made a quick grilled-cheese sandwich. Hot chocolate was circulated.

The only thing we asked in return was a song from them.

All the while, our Cubbies grew excited. They finally had an audience to perform to! As we were serving food, the Cubbies sang the “Bear Song” (twice) along with “This Land is Your Land.” They performed their skits and told jokes for nearly 40 minutes. I delivered the Cubmaster’s Minute to wind the evening down when I was reminded that we were going to hike to a clearing and watch for shooting stars. Naturally, we encouraged our newly met neighbors to join us.

Dom’s family returned to their campsite, and we heard them practicing a few songs.

Webelos Den Leader Joanne Jen went over and returned with our neighbors. We hiked up to a clearing above our campsite and watched the stars. I talked about different aspects of astronomy, star gazing, star formation, etc. I even did my Darth Vader impression and drew laughs from our Dutch friends.

One by one, our Cubbies drifted off to sleep, nestled in the arms of our parents. Dom’s family asked questions and remarked at the beauty of the night sky. I encouraged everyone to dream of a future traveling in space and perhaps this night was the night that sparked that travel. We saw lots of shooting stars.

We ended our stargazing around 10:45 p.m., and our Cubbies retired to their tents. As Dom’s family left for their own campsite, Dom gave me a great big bear hug and thanked Dave and I for the evening.

They arrived late at the campsite because they had come across a single-car accident earlier in the day only to discover that the driver had died. They waited for rescue and to keep watch over the body. Dom was very worried that their vacation would be difficult because of the memory of the day’s tragic event.

Instead, we left a sad family with very happy memories and much laughter. The next morning, Dom’s wife told us that they were glad they had experienced their first American “concert” with us. The whole family felt renewed and enamored with our cubbies. They were excited to travel on and were looking forward to the rest of their trip. We all gave hugs and many thanks for being an audience.

I am very proud of our Scout families and especially of our Cubbies. They welcomed our neighbors with open arms and joyfully sang and joked and all the while sharing their s’mores and hot dogs. I am glad we made a difference in a family’s life, however brief and fleeting. 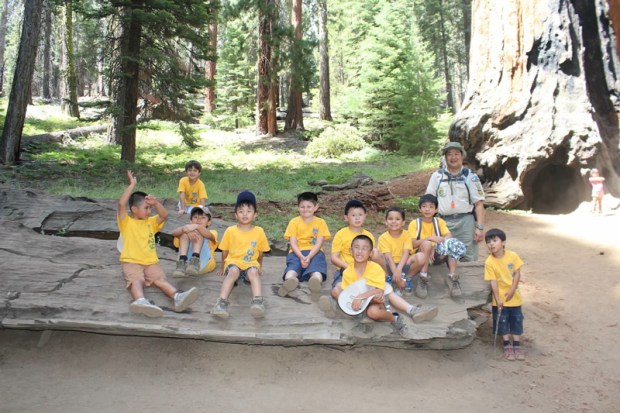 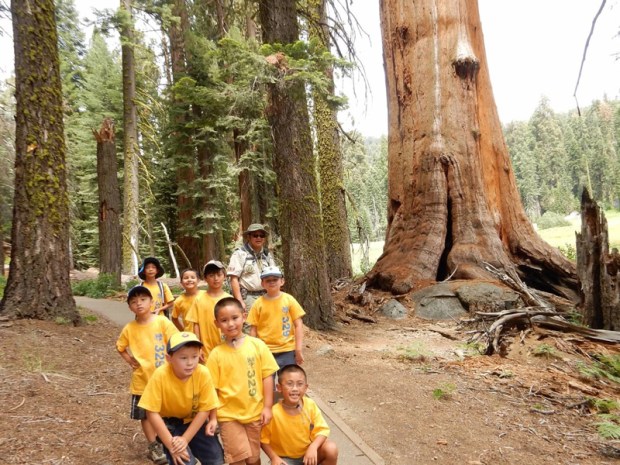 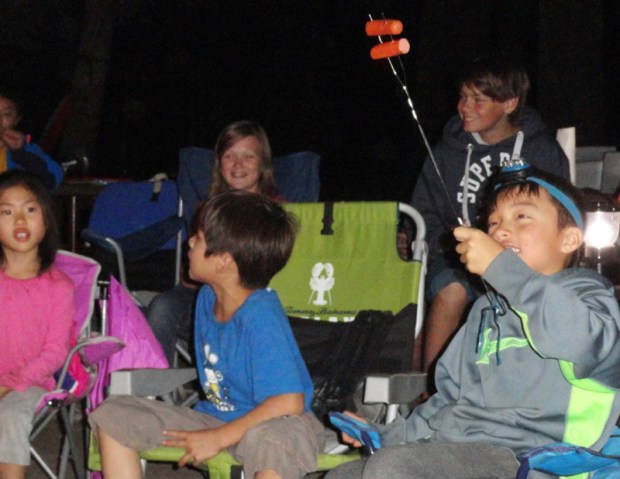 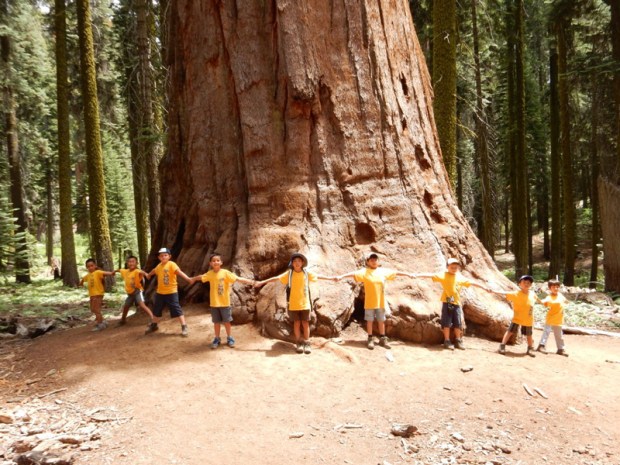