Need someone to hold your football-field-size flag during a pregame ceremony?

That’s just what the NFL’s San Francisco 49ers did this past Sunday when they invited 180 Boy Scouts, Venturers, Explorers and adult leaders to help open their new Levi’s Stadium in Santa Clara, Calif.

With 70,799 fans looking on (plus millions more at home), the Scouts and Scouters displayed the giant flag during pregame festivities.

Lisa Sydes, marketing director for the Silicon Valley Monterey Bay Council, contacted me to share some photos and her impression of this “once-in-a-lifetime opportunity.”

One parent told her, “It was an amazing experience that my son will remember for the rest of his life.”

As you’d imagine, unfurling and holding a flag the size of a football field isn’t easy. It weighs 1,200 pounds and takes two hours to assemble.

I was surprised to learn the flag isn’t one big piece but is made of several strips held together with fasteners and clips.

The Scouts, Venturers and Explorers gathered before the game to practice, but they didn’t have much time.

“With only one hour to practice, the Scouts worked their hardest to learn what to do and had it down in record time,” Lisa says.

Game day was nerve-wracking for the flag bearers, “but you could see the excitement slowly building in the boys’ faces,” Lisa says.

“As the national anthem began to play, players from both the 49ers and the Bears also took hold of the flag, as a great surprise, and they all held it together.”

Carrying the flag is a memory these Scouts, Venturers, Explorers and Scouters will carry with them throughout their lives.

Some day these young men and women can tell their own children that they were on the field on opening night at the 49ers new stadium.

Or as Lisa puts it, “The Scouts and Scouters all had the time of their life and ended up with new friends and lifelong memories.”

Photos from the big day 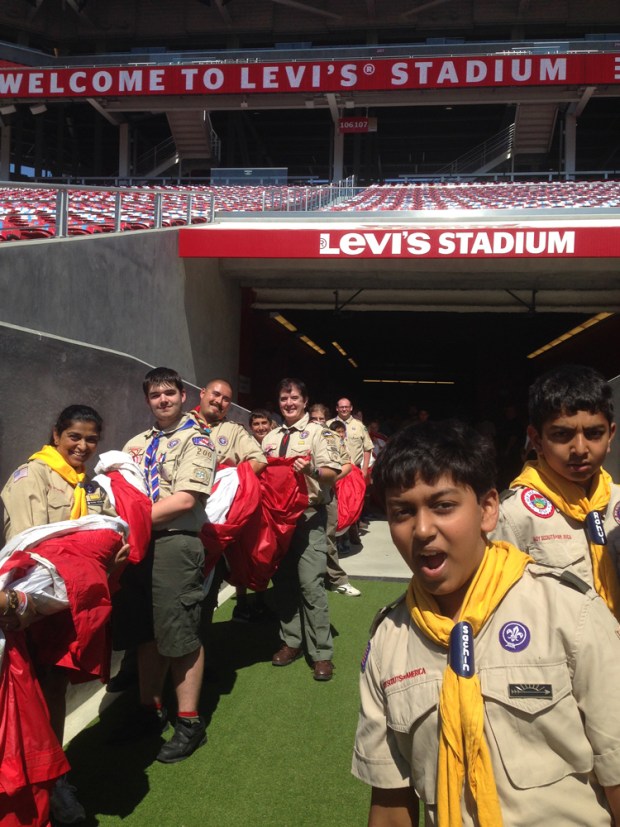 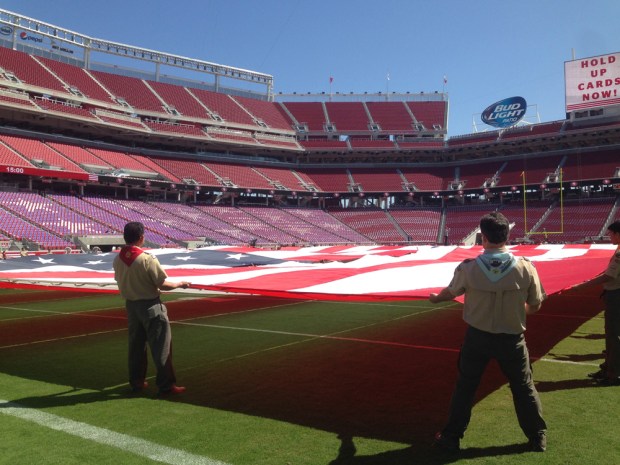 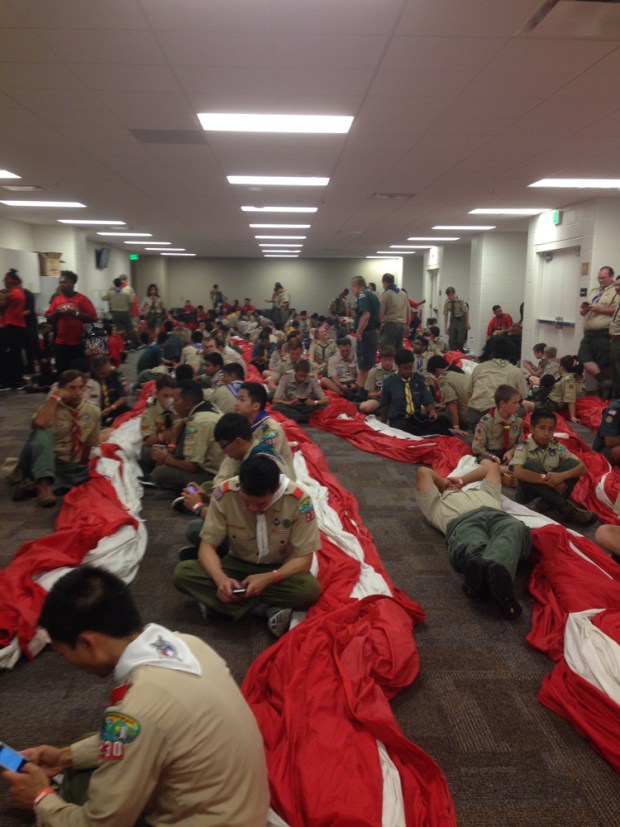 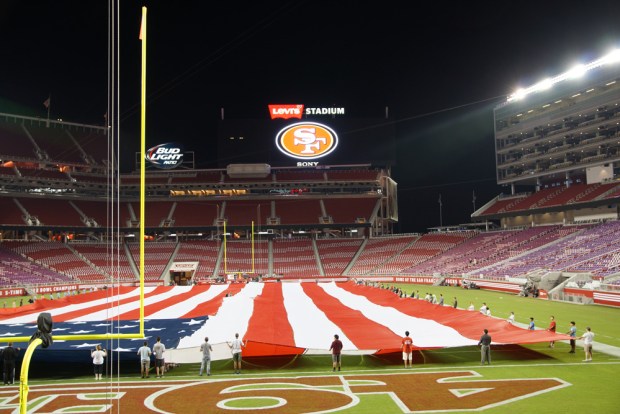 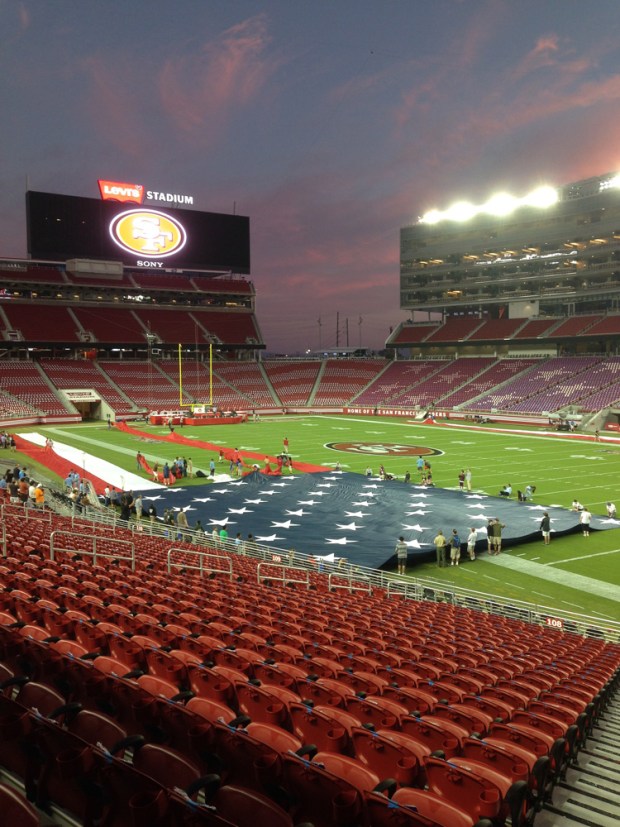 Win a trip to the Super Bowl for your Scout

Featured photo from San Francisco 49ers, others from Lisa Sydes