Today comes more proof of the positive impact Scouting had on Zamperini, an Olympian, prisoner-of-war survivor and general inspiration to us all.

“I sent him a card not expecting anything in return,” Bird says. “Shortly thereafter I received a nice note from him in his handwriting thanking me for remembering his birthday.”

Thank you for the birthday greeting. The first good thing that happened to me was Scouting. 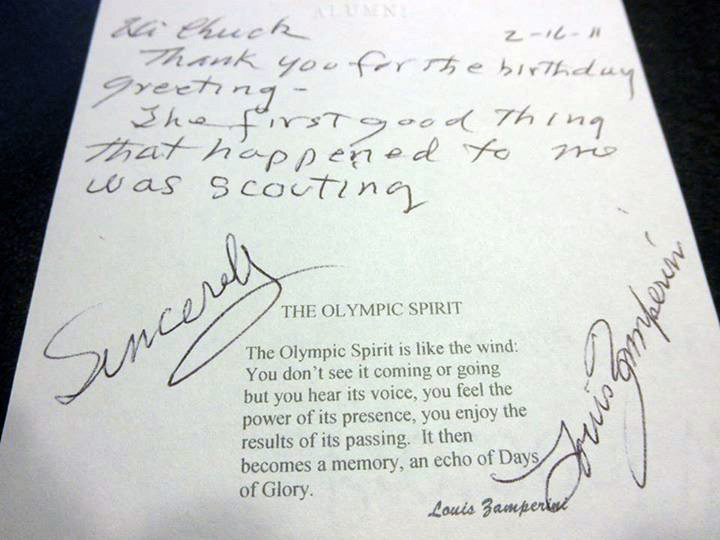 In a few words, the hero says a lot. He had a rough, chaotic childhood, and Scouting channeled his energies in a positive way.

More proof of the power of Scouting to change someone’s life for the better.