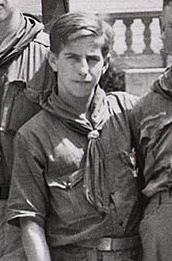 Bernard Russell Queneau, a 102-year-old Eagle Scout who in 1928 represented the Boy Scouts on a cross-country trip on the Lincoln Highway, died Sunday — one day after receiving the BSA’s rare Distinguished Eagle Scout Award.

The Boy Scouts of America and National Eagle Scout Association don’t keep an official list of the nation’s oldest living Eagle Scouts, but at 102, Queneau was certainly one of the oldest Eagle Scouts at the time of his death.

He did a lot in those 102 years, including earning a Ph.D. in metallurgical engineering from the University of Minnesota, working as an assistant professor at Columbia University, serving as a commander in the U.S. Navy and working as general manager in charge of quality assurance at U.S. Steel in Pittsburgh.

Queneau retired in 1977, but he only got busier. He worked as an editor of Iron and Steel Society magazine. He volunteered in the Pittsburgh area with Meals on Wheels, St. Clair Hospital and Mt. Lebanon Public Library.

He was a special guest of NESA at the 2010 National Scout Jamboree, where he helped inspire Scouts to aim high.

But it was before all of that — in the summer of 1928 — that Queneau etched his place into Boy Scouts of America history.

Across the country on a wooden bench 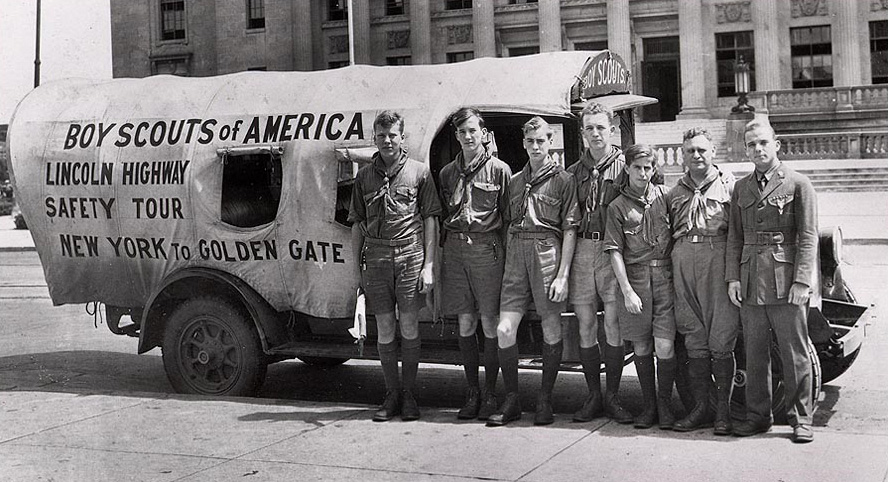 Queneau, who turned 16 in the summer of 1928, was one of four Boy Scouts selected to represented the BSA on the Lincoln Highway Safety Tour.

By 1928, the Lincoln Highway, which was the first transcontinental highway for automobiles, had been around for 15 years. But many Americans were still skeptical about transcontinental car travel. Was it safe? Was it comfortable?

So the BSA stepped in to do a good turn. Queneau and three other Scouts joined three adult leaders in a 1928 REO Speedwagon modified to look like a covered wagon. Large lettering on the side told passersby about the Boy Scouts’ mission: “Lincoln Highway Safety Tour: New York to Golden Gate.”