Apparently, the same can also be said of Eagle project ideas that never quite pan out.

Here’s the story of a failed Eagle project that sparked a piece of legislation passed by the U.S. House and Senate. It’s proof that what you do in Scouting matters, even if sometimes it takes a few years to realize it. 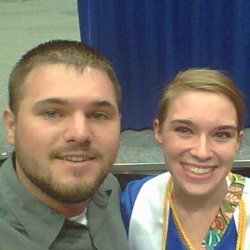 For his project, Chris Sugrue wanted to expand a local cemetery in the Black Hills of South Dakota.

The cemetery, built in 1880, is located on U.S. Forest Service property, so it would take an act of Congress — literally — to make any changes to it.

You might have heard that things don’t always move quickly in Washington, so Chris had to find another project. After another two failed ideas, he did and earned the Eagle Scout Award.

Five years later, Chris just turned 23 and got some exciting news about his failed Eagle project.

The project idea was the spark that eventually became the Black Hills Cemetery Act. I spoke with Chris’s dad and former Scoutmaster, Jeff Sugrue of Black Hills Area Council Troop 52, for details.

Jeff tells me Chris’s Eagle project idea inspired a group of volunteer firefighters to push for legislation to expand this and eight other Black Hills cemeteries.

Jeff even helped draft a version of the bill that was sponsored by U.S. Rep. Kristi Noem. The House passed the bill in May, and the Senate did the same earlier this month.

Now it’s on the desk of President Obama awaiting his signature.

“We had always wanted [the cemetery] to get transferred back to the community,” Jeff tells me. “It was managed under a special-use permit. Special-use permits are supposed to be temporary, but cemeteries aren’t temporary.”

With Obama’s signature, the Black Hills Cemetery Act would transfer the ownership of nine Black Hills cemeteries and the area surrounding them from the U.S. Forest Service to the local communities that have been taking care of them.

Had it been possible to cut through the red tape in time, Chris would have put a fence around one of the expanded cemeteries for his project.

Chris, in a post on the Boy Scouts of America’s Facebook page, shared the moral of this story:

What you do as a Boy Scout makes a difference. It took me FIVE YEARS to see that. The choices we make and the actions we take impact our communities in ways we won’t see for years to come. Sometimes you will feel too small or insignificant, but that’s when you should turn to your mentors or leaders for advice. They will give you all the knowledge you need. What you do with it then is your choice. 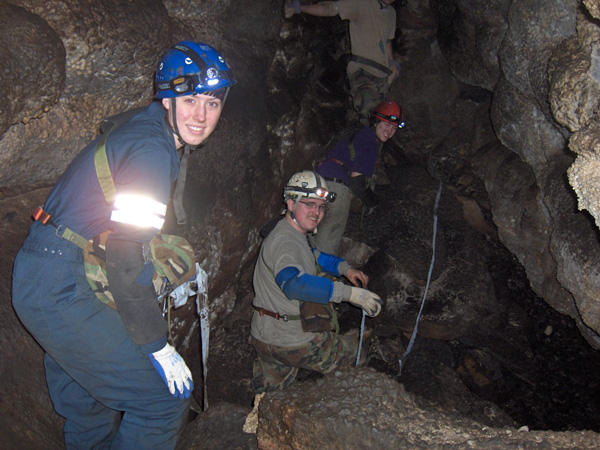 After the cemetery project was shelved, Chris worked on two other project ideas. One was canned because of a lack of funding. Another, at Wind Cave National Park, was scrubbed because of a fungal outbreak in a section of the cave.

Some might have given up after three failed attempts, but Chris persevered.

For his fourth and ultimately successful project, Chris identified and marked trails in the Jewell Cave National Monument in South Dakota.

His work ensures that when explorers go into the cave for scientific research they don’t destroy its pristine nature.

Jeff is understandably proud of Chris, who this summer is working at Medicine Mountain Scout Ranch as health director.

Jeff makes sure to tell Chris’s story to any future Eagle Scout he meets. He thinks there’s a lesson for anyone about to plan an Eagle project.

“I shared Chris’s story with a group of about 10 Life Scouts a couple of weeks ago,” he says. “I tell them: One, it’s never too early to start. Two, don’t ever give up. If you’re persistent and have a vision for becoming an Eagle and continue to work to that goal, you can make it happen.”