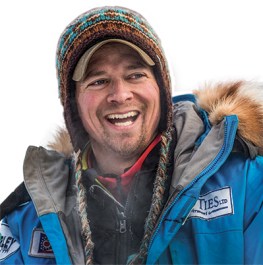 So it’s probably no surprise to learn that an Eagle Scout counts himself among the mushers set to race in the upcoming competition.

Starting March 7, Matthew Failor and his team, 17th Dog, will set out from Anchorage, Alaska, traveling as far as 100 miles daily and camping in the remote wilderness as they tackle the nearly 1,000-mile journey to the finish line in Nome.

Thanks to the generosity of Bill Steele, former director of the National Eagle Scout Association, I met up with Failor in July at his Juneau, Alaska, summer training camp to learn more about his experiences as an Alaskan dog musher.

Below, take a look through an awesome photo slideshow from Juneau, including images taken by our own W. Garth Dowling, photography director for the BSA’s magazines. And don’t miss the exclusive behind-the-scenes Eagles’ Call magazine video featuring Failor and his team of enthusiastic dogs. 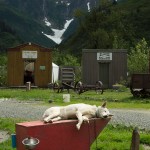 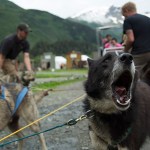 Matt harnesses the dogs to pull tourists in a golf cart-like sled. 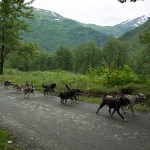 This “summer training” program helps keep the dogs active during their offseason. 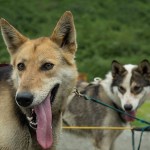 Cool Cat takes a breather after pulling tourists in the “sled.” 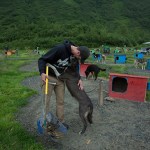 Matt is rewarded with a hug as he cleans up the grounds. 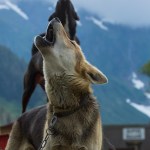 Cool Cat and Uels harmonize as they await dinner. 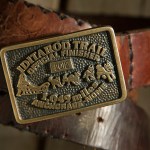 A close-up of Matt’s hardware, a belt buckle earned after finishing his first Iditarod. 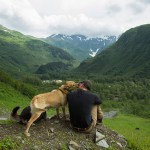 When he’s not giving tours, Matt relaxes after a hike in the valley with Basil and Kilauea. 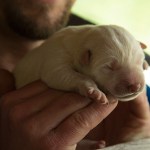 During our visit, one of Matt’s fellow mushers welcomed a new litter of puppies to his team.

Not only is Failor one of the hardest-working guys you’ll meet, it’s easy to see how he’s put his Scouting expertise to work. Whether it’s building a new sled, repairing equipment, running a busy dog kennel or speaking to tourists, Failor credits his Scouting background with preparing him for the challenges he faces when training and competing.

You can read more about Failor in the current Winter issue of Eagle’s Call magazine, the official publication of NESA. And Boys’ Life readers will discover what it means to be a musher in the March edition, too.

Plus, meet Failor and his dogs in this exclusive video produced by Tom Fiorini with the BSA’s multimedia team.

Don’t forget: Tune in March 7 to cheer for team 17th-Dog as Failor and his canines compete in the 2015 Iditarod at Iditarod.com.

Subscribe to Eagles’ Call magazine, the official publication for Eagle Scouts, at nesa.org/subscribe.​

Photo at top provided by Tim Failor: Failor is shown leaving the Rohn checkpoint during the 2013 Iditarod.